The latest 73rd chapter in Dragon Ball Super displayed the unmatched strength of Granolah. It proved that he was one of the best and the most skilled fighters Goku has ever faced. The previous chapter showed Goku and Vegeta landing on Planet Cereal. The former prepares himself to go against Granolah. Check out what happened in Chapter 73 right here! (Spoilers Warning!) 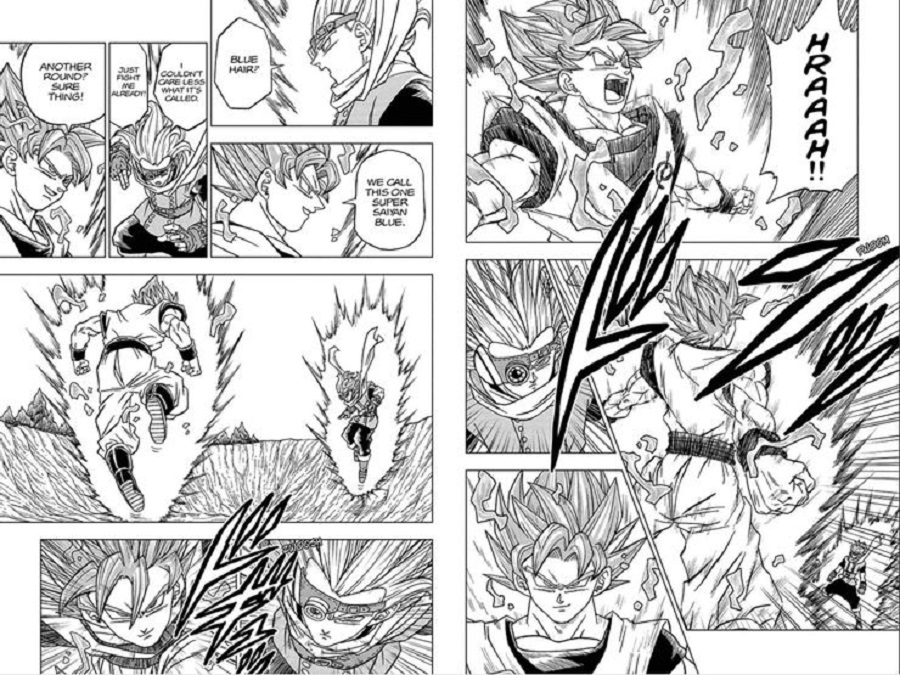 Goku’s one-on-one battle with Granolah continues in this chapter. The former attains ‘Super Saiyan Blue’ form to defeat the latter. However, we find out that still he gets equally matched to Granolah. Both of them exchange some heavy blows but unable to get a proper upper hand on each other.

Soon, Goku realizes that Granolah is one of the strongest fighters he has ever fought against, ever more powerful than Freeza. Their combined powers wreak havoc on a forest. Goku even applies the Ultra Instinct in Super Saiyan Blue form but is unable to defeat the Cerealian.

The battle takes out a lot from both the competitors. They take a little breather and continue their unfinished fight. One of Granolah’s blasts erupts a rock that brutally de-powers Goku. The sole Cerealian takes advantage of the situation and attacks Goku with all his strength. His attack was so herculean even the new residents of Planet Cereal, Sugarians, find themselves surrounded with clouds of supreme fear.

Goku barely saves his neck from that humungous blast. Meanwhile, Vegeta figures out that Freeza and the Saiyans were responsible for wiping out all the Cerealians. He tells Goku about this. Both of them try to devise a plan to stop Granolah. They also try to convince him that they are not his enemy.

Granolah was unable to identify Goku’s vital points during the entire fight. This situation clearly gives an edge to the latter. Quickly, he applies Perfected Ultra Instinct to defeat his opponent. However, Vegeta begins to feel that something is very wrong here. He believes that Granolah is way too much stronger. Why did he surrender so easily?

The sole Cerealian reveals that he divided his powers into two parts. He was saving his abilities to prepare himself against Freeza. In fact, Goku conquered Granolah’s clone in that battle, not the latter’s real self. Suddenly, the real Granolah appears out of nowhere and attacks Goku on a vital point. This knocks down Goku. Sometime later, the strength of his Ultra Instinct power starts to reduce.

Dragon Ball Super: What will happen in Chapter 74?

The entire scenario fills Vegeta with rage. He vows to take down the Cerealian for good. It means the fans will witness another epic battle of Granolah in the next chapter. However, his opponent will be Vegeta this time. What will happen to the latter? Will he fail? Is Granolah going to get his revenge?

What will happen to the fate of the Saiyans? Will they go extinct? Or is Vegeta capable of slaying Granolah for good? All these questions are going to be answered in the next chapter.