The exponential growth in the popularity of anime shows in the last few years has shocked the world. There was a time when animes were limited to the audiences of Japan, China, South Korea, and others. Now, times have changed. People from all around the world are starting to watch animes and growing the anime fan community. Additionally, we have various platforms like Crunchyroll, Funimation, and many more to watch our favourite anime instalments.

Many of you may know that the majority of anime shows take inspiration from their respective manga editions. The latter provide great storylines, innovative animation ideas, and intriguing characters to the overall anime adaptation. Nowadays, a recent trend has emerged to increase the sales of manga volumes. Most of the publishing companies concentrate more on their mangas. They approach the anime studios to talk about the adaptations of their products. Now, studios dispatch an anime season and end it with a major cliffhanger. In this way, the viewers have no option but to read the remaining editions of the manga series. That’s how they figure out the possible ending of the show.

We also have to focus on the importance of all the mangakas here. Their writing skills, imagination and innovation play a decisive role in finishing up a proper manga. That’s why Shonen Jump+ is coming with its brand new reality show, Million Tag. Check out what we know about this show so far.

Million Tag: Format of the show 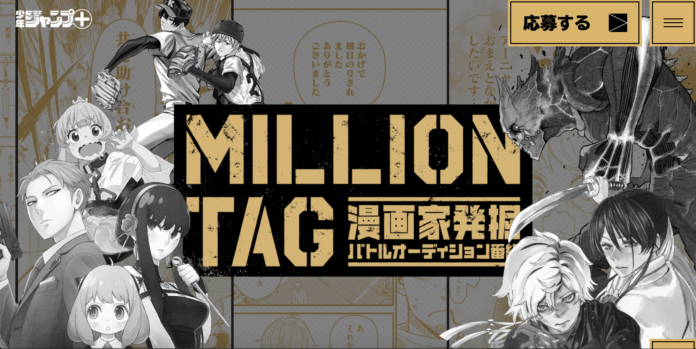 The show will concentrate on discovering new and young mangakas. The first season will consist of a total of 8 episodes. All the contestants are going to be divided into six teams. Every team will have an experience manga writer and a Shueisha manga editor to help the participants. They will have to compete in four challenges. The team that gives the best performance in all the challenges will be hailed as the winners. Furthermore, it will receive a cash prize of 5 million yen (approx $45,000).

The best part about this show is that the winning team’s manga creation will be serialized on the Shonen Jump+ platform. How cool is that? Yes, its anime adaptation will be on the way as well.

One of the most prominent Japanese comedy factions, YONSENTOSHIN, will host the show alongside voice actress Ayane Sakura. Additionally, famous manga creators Yuji Kaku and Tatsuki Fujimoto will be the guest judges in the show’s finale.

All the episodes of Million will be dispatched on the YouTube channel of Shueisha’s Weekly Shonen Jump. The viewers can watch the pilot episode on July 2 at 6 pm (IST). Mark your calendars now!