‘The Kissing Booth 2’: Will Elle and Noah Be Able To Maintain The Long Distance Relationship? Get Release date, Cast And Plot Details Here

Directed by Vince Marcello and screenplay by Marcello and Jay Arnold, The Kissing Booth 2 soon going to première. The upcoming Teen Romantic comedy-drama is a sequel to the 2018 film starring Joel Courtney, Joey King, and Jacob Elordi.

One of Netflix’s most-watched films is soon to come on Netflix again. The second part confirmation had already brought immense pleasure to its fans, and now it is in the queue for release.

The production team wrapped up filming in October 2019. That means we are soon going to have a release date. However, the confirmed date is not released, but we are hoping to get till next month, i.e., spring of 2020.

However, the teaser trailer arrived a long time back, but there is no new update on its trailer. For the film’s latest release date, fans have to wait for Netflix’s official confirmation.

In ‘The Kissing Booth 2’ cast from the first part to be seen once again. The cast of season 2 is as follows:

In the Kissing Booth sequel, we’ll see Ellie and Noah struggling with their long-distance relationship. Elle is in senior year high school, and Noah is off to Harvard. 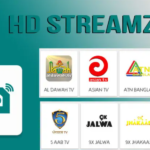 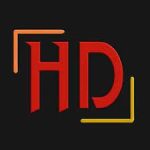