The Promised Neverland was one of last year’s most anticipated anime series. And when it did release in January 2019, the show lived up to its expectations. Adapted from Kaiu Shirai’s manga series of the same name, the first season of the anime contains 12 episodes. Mamoru Kanbe directs the series for Studio Cloverworks. The first season has one opening theme and two ending songs. Also, UVERworld has sung the OP, and Co Shu Nie performed the EDs.

Upon release, the psychological thriller became a massive success. Thus, its reception pretty much warranted a second season. And, in March 2019, shortly after season one finished airing, the makers renewed the show. Initially, the next season had a fall 2020 premiere date. However, the current situation meant that the plans needed to change. So now, the new season has a release date of January 2021.

Though the producers haven’t revealed any new information about the cast, we assume it’ll mostly remain the same. Hence, fans will see Sumire Morohoshi (Emma) and Mariya Ise (Ray), reprising their roles. Moreover, we also expect the other orphans to return in the second season. Also, among the caretakers, we think Yuuko Kaida (Isabella), etc. will also be returning. In regards to new faces, we don’t know much. Still, we’re confident that the next season will feature many new characters, including demons.

The previous season saw the orphans leave Grace Field. And in season two, viewers will see the repercussions of their actions. They will have to reach their ally, William Minerva, all the while trying to survive. Unfortunately, food and water won’t be their only problem, as the demons will actively start hunting them. The upcoming season might also cover the goldy pond arc. In which case, the orphans will learn more about the truth of their world. On the other hand, Emma herself will know about her ancestry and its dark past. Also, the new season may explore Norman’s fate.

The horror-fantasy series has the year 2045 as its setting. And the story centres around a group of orphans who live in an orphanage known as Grace Field House. In this house, there are caretakers to look over them, and Isabella serves as the ‘mama.’ Isabella provides the kids with every luxury possible. Also, she allows them freedom within the house’s boundaries, except they can’t get out of the home. One day, Emma and the other orphans realize that something is off about Grace Field. Therefore, they attempt to escape the place.

At the moment, the creators haven’t revealed a trailer. But, keeping its 2021 release in mind, we presume the trailer to drop sometime this year. However, a short announcement teaser is available to watch. Fans can check it out here.

It’s saddening that viewers have to wait till next year for season two. Meanwhile, if you liked this article, I suggest you give my ‘Attack on Titan‘ piece a read. 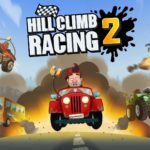 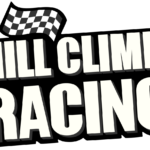 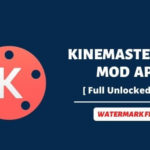 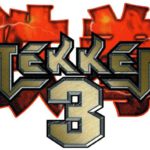